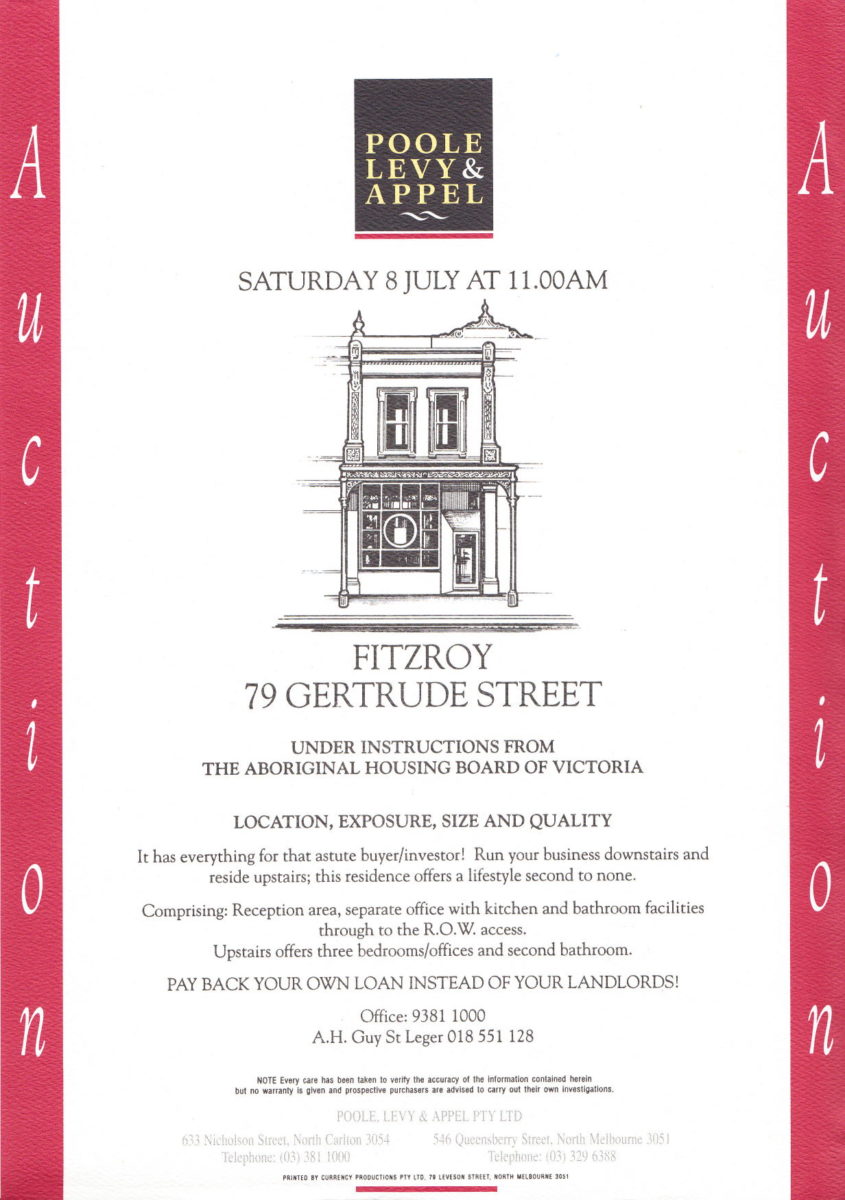 In July 1995 Graham Carbery purchased a shop building in Gertrude Street Fitzroy, as a dwelling for him and a home for the archives.  Plans were drawn up and tenders were called for renovations, with an expected reopening in February or March 1996.  The archives were put into storage at the back of Labrys Jewellery & Crafts, 433 Brunswick Street, Fitzroy, a shop occupied by ALGA member Sheril Berkovitch in October 1995 when Graham’s Ivanhoe home was vacated. 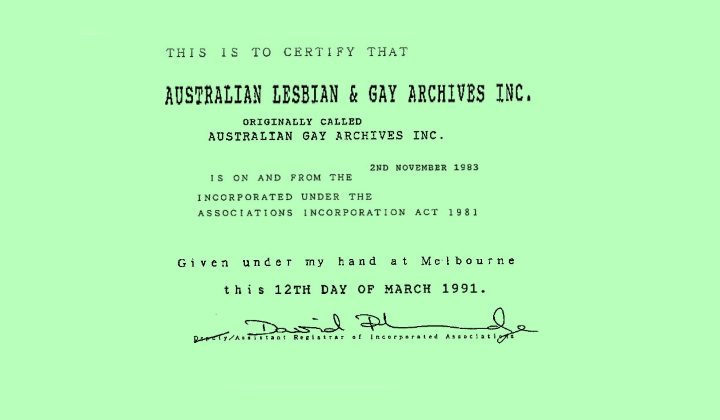