A significant act of faith 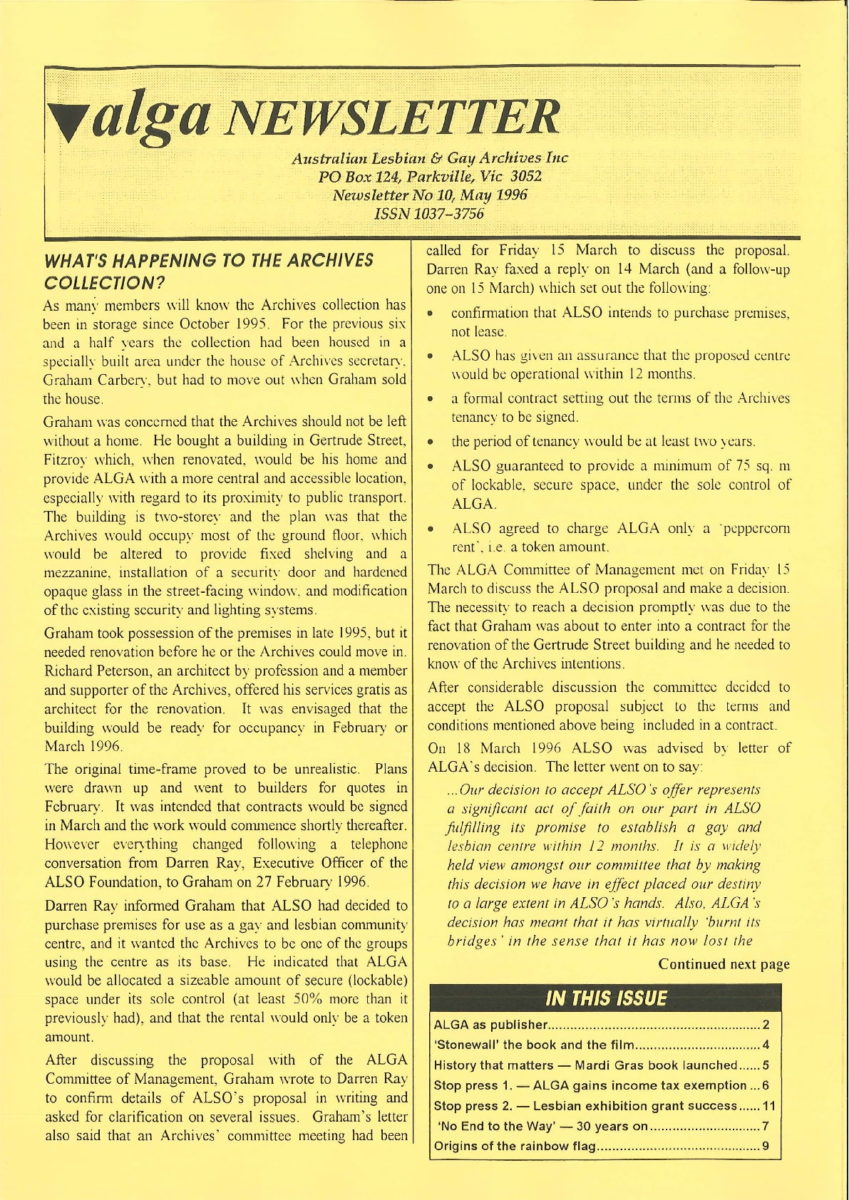 On the 27th February 1996 an offer was received from the ALSO Foundation for the Archives to be housed in a proposed gay and lesbian community centre.  ALSO would buy the building and make it operational within 12 months and offer ALGA a tenancy of at least 2 years, at a peppercorn rent, with all terms set out in a formal contract.  On the 18th of March ALGA advised acceptance of ALSO’s offer in a letter that went on to say “…Our decision to accept ALSO’s offer represents a significant act of faith on our part in ALSO fulfilling its promise to establish a gay and lesbian centre within 12 months…”  ALSO confirmed their shared  understanding of ‘peppercorn’ rent (outside ALSO’s normal grant allocation processes) and re-affirmed their commitment to find the Archives a home if the community centre proposal failed to eventuate for any reason on the 25th of June.

Graham sold the Gertrude Street premises on the 10th April 1996.

By the 23 January 1997 the plan for the ALSO Foundation community centre fell through and the VAC became ALGA’s long-term host. 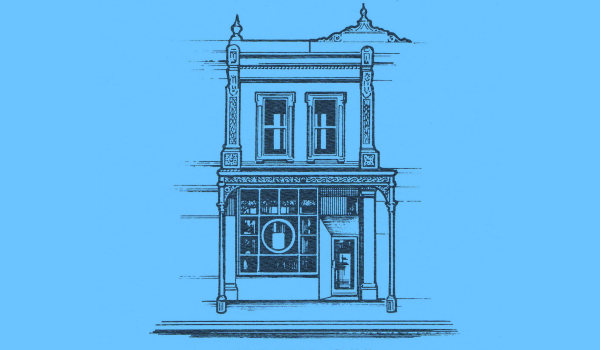 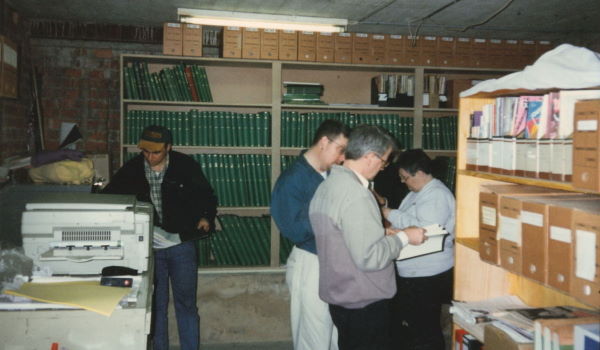