“Graham was organising a national gay archive – assistance was required.” 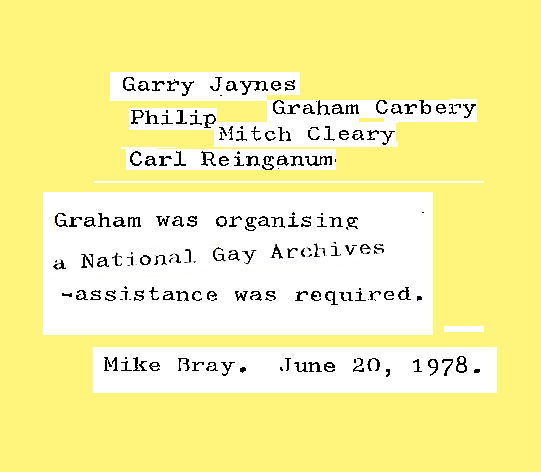 Graham Carbery, who was one of four representatives from the Victorian Gay Teachers Group, as well as Phil Carswell, Mitch Cleary and Gary Jaynes, along with Carl Reinganum, then president of the Homosexual Law Reform Coalition, attended a meeting in Melbourne with Mike Bray, a member of the organising collective for the 4th National Homosexual Conference to be held in Sydney in August 1978. The meeting provided an opportunity for Mike to explain how the organisation of the conference was progressing and to ask about proposed workshops being organised by Melbourne groups.
Graham Carbery’s efforts to this point had been largely undertaken as an individual, with the moral support of a few fellow activists, and he recognised the need to formalise the collecting and preservation work. To this end, he mentioned that a Gay Archives had been established in Melbourne and that he intended to discuss the proposal of establishing an Australian Gay Archives at the conference. Mike’s notes record: “Graham was organising a national gay archive – assistance was required.” 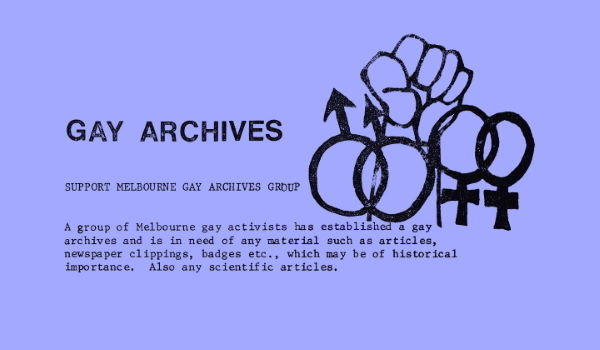