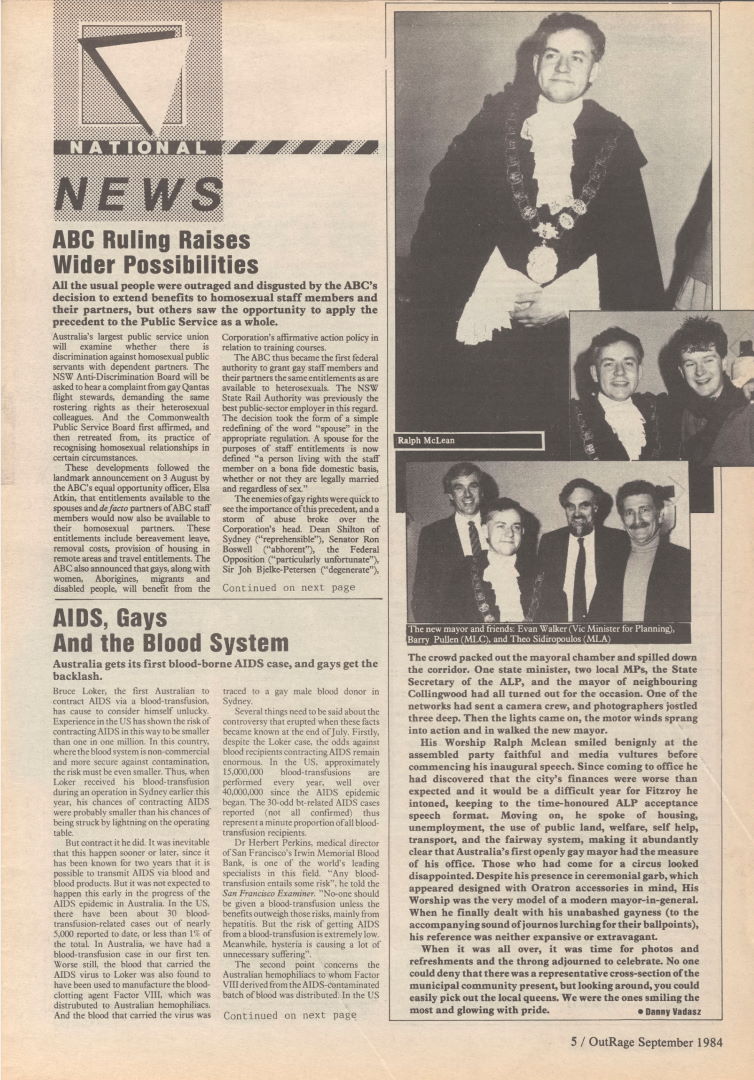 1984 felt like one of those years where everything was going our way.

Decriminalisation took two steps forward. In NSW, Labor premier Neville Wran finally succumbed to years of campaigning by gay activists and the gay community and led his party onto the reform road. Meanwhile, in Darwin, the NT government quietly changed the laws as part of a wider rewrite of the criminal code. Both opted for unequal ages of consent for homosexual sex.

More importantly, perhaps, the idea of anti-discrimination was taking root. Federal public service reforms recognised same sex couples and the ABC announced that gay couples would be treated on the same basis as heterosexual de facto couples in regard to leave and benefits. The NSW Police Force found itself with a Police-Gay Liaison Unit as part of government effort to bring the cops and the community together without the mediation of the baton.

The local government sphere saw the election of lesbians and gay men in Sydney and Leichhardt and in Fitzroy in Melbourne Ralph McLean became Australia’s first openly gay mayor. And in Sydney a gay community meeting to discuss immigration voted to form the Gay (later Gay and Lesbian) Immigration Task Force – which was to prove one of the most successful lobby groups in our history.

And for those who thought this was all too good to be true… In November the Queensland government announced that four Brisbane babies had contracted AIDS as a result of a blood transfusion, dramatically bringing the issue into the public realm in the worst possible way. 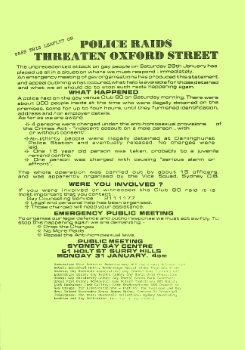 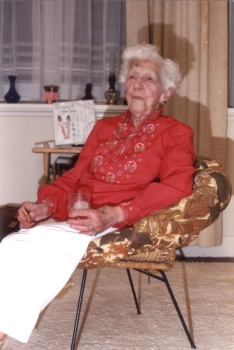