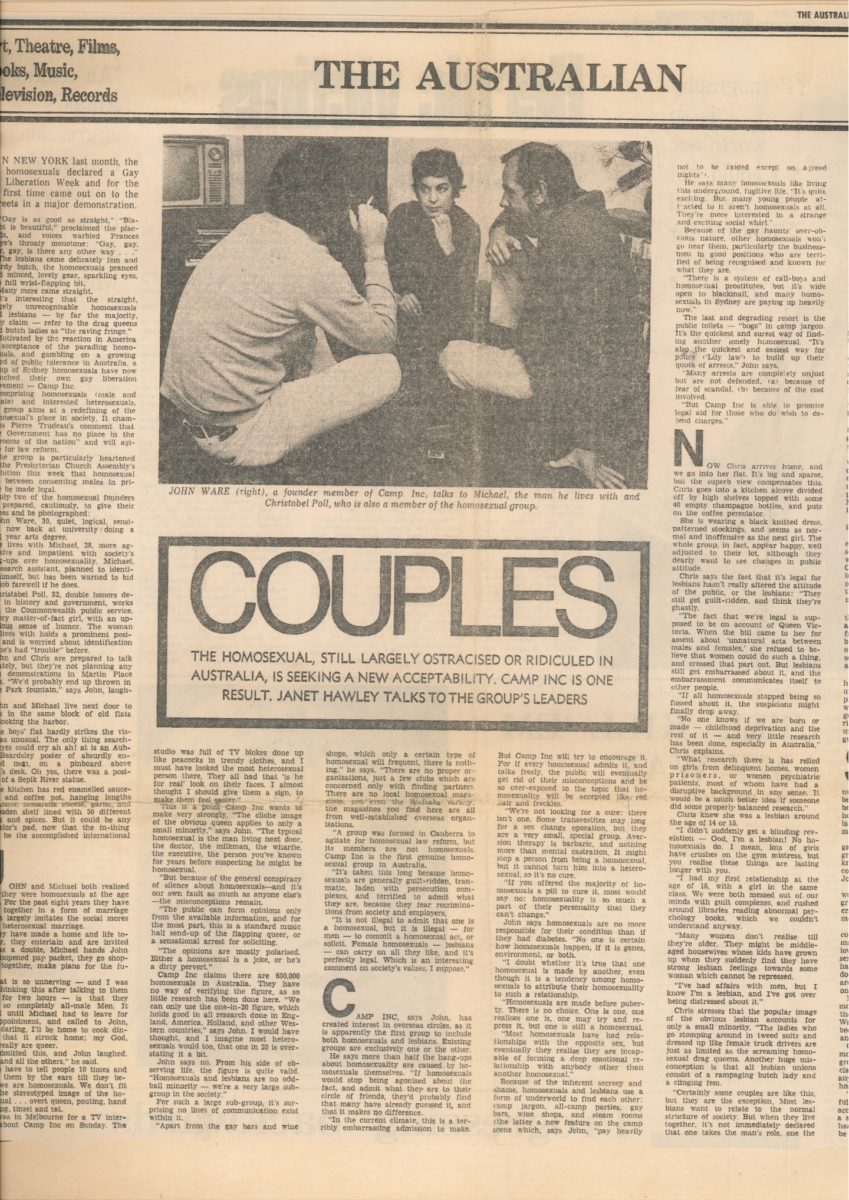 On 19 September 1970 an article appeared in the Saturday edition of the Australian newspaper. It was an interview with John Ware, Christabel Poll and John’s boyfriend, Michael. It was this article that launched a movement that has transformed this country.

John and his friends had, some months before, formed what was intended to be a small group to combat anti-homosexual misinformation such as appeared so often in the press of the day. The group adopted the name Campaign Against Moral Persecution (with its playful acronym CAMP) and dutifully wrote to the papers to announce it existence. It was this letter that led the Australian to do its interview.

John and Christabel broke with all traditions by openly discussing their homosexuality, using their full names and allowing their photo to be published – the first time any such thing had ever happened in this country. If their thoughts and comments seem somewhat conventional, even conservative, to us today, they were powerful stuff at the time – and the effect was electric.

Years later many lesbians and gay men still recalled the impact of opening the paper that Saturday morning and seeing this interview. Many responded with enthusiasm, writing to the group, clamouring to join up. Within a year, CAMP – which had begun with such modest expectations – had 1500 members, was a national organisation with branches and clubrooms in all state capital cities and on most university campuses.

Gay rights was on the agenda in Australia.