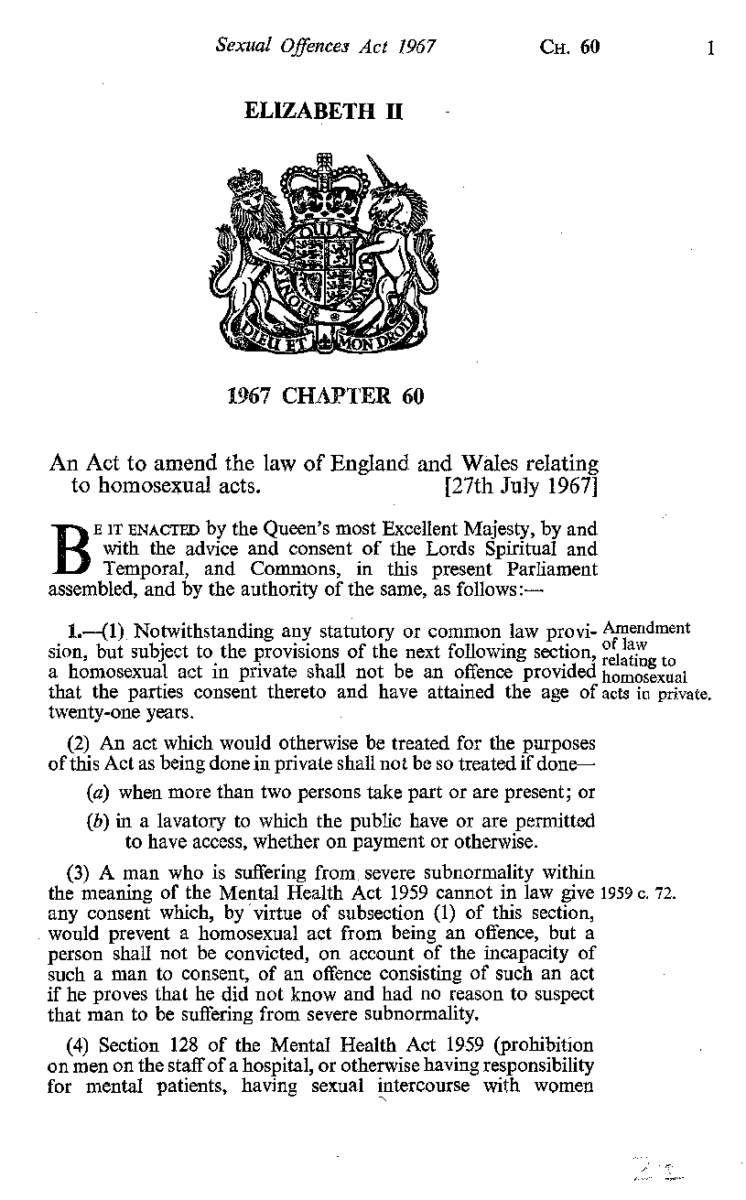 And then, finally, in 1967, the moment that we had been waiting for, in many cases working towards, for ten years.

On 4 July at 5:44 in the morning, by a vote of 99 to 14, the British House of Commons voted to decriminalise homosexual acts. A few days later the House of Lords passed the bill and Elizabeth, our good queen, graciously assented.

In its details, it was a pretty poor law. The central slogan of the reform was ‘consenting adults in private’; hardly controversial. And yet, ‘adult’ meant 21 and over; and ‘private’ meant that there could only be two people present. Scotland and Ireland were pointedly excluded; as were the armed forces. And certainly there were many more men arrested for homosexual acts in the 1970s after the passing of the law, than in the 1950s.

And, yet many supporters were anxious about how far they had gone. Lord Arran, one of the bill’s supporters, warned ‘This is no occasion for jubilation … Any form of ostentatious behaviour; now or in the future; any form of public flaunting  would … make the sponsors of the Bill regret what they have done’.

For all its limitations, for all that homosexuals were meant to be quietly grateful to the great and the good who had delivered this boon, there can be no doubt that of the law’s impact. All around the world liberals and homosexuals drew heart from this achievement and set out to bring its benefits (and more!) to their own countries. 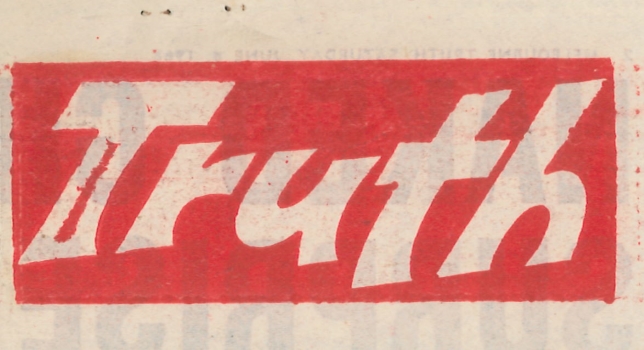 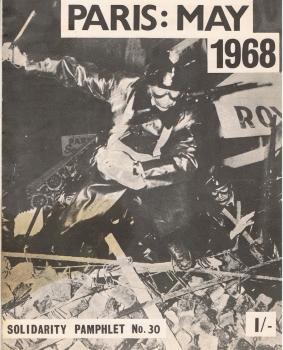