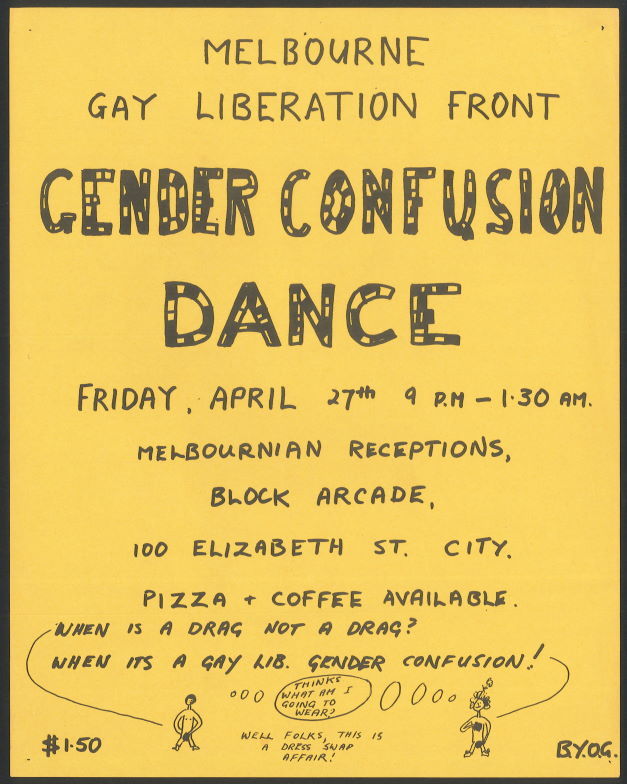 Graham Carbery and fellow activists in Melbourne gay liberation were concerned that the young movement’s history – it was then only seven years old – could disappear without a trace unless more systematic efforts were made to preserve it. Encouraged by this, Carbery began systematically collecting material including Australian and selected international periodicals, newspaper clippings, journal articles, badges, posters, audio and video tapes. Some of the first records gathered came from Melbourne Gay Liberation’s centre in Fitzroy, which had closed in early 1976 when the rent became unaffordable.

Graham was aware of the existence of the Canadian Gay Archives and wrote to them seeking advice as to how best to organise and preserve gay and lesbian records.