The Archives are saddened to hear of the death of Ken Lovett, a lifelong social justice and LGBTI activist, and close friend of the Archives. Ken is survived by his partner of almost 30 years Mannie de Saxe. Our love and condolences to Mannie.

Ken’s tireless activism began in the mid-1960s when he joined the Albany Trust in London. Returning to Australia in the early late 1960s Ken participated in the 1972 gay liberation demonstration in support of Peter Bonsall-Boone, who had been dismissed from the Anglican church of St Clements at Mosman after coming out on the ABC Chequerboard program. From this time on Ken actively participated in protests throughout Sydney, Newcastle and Melbourne, which also featured his placards, banners, pinnies – all in his distinctive handwriting. 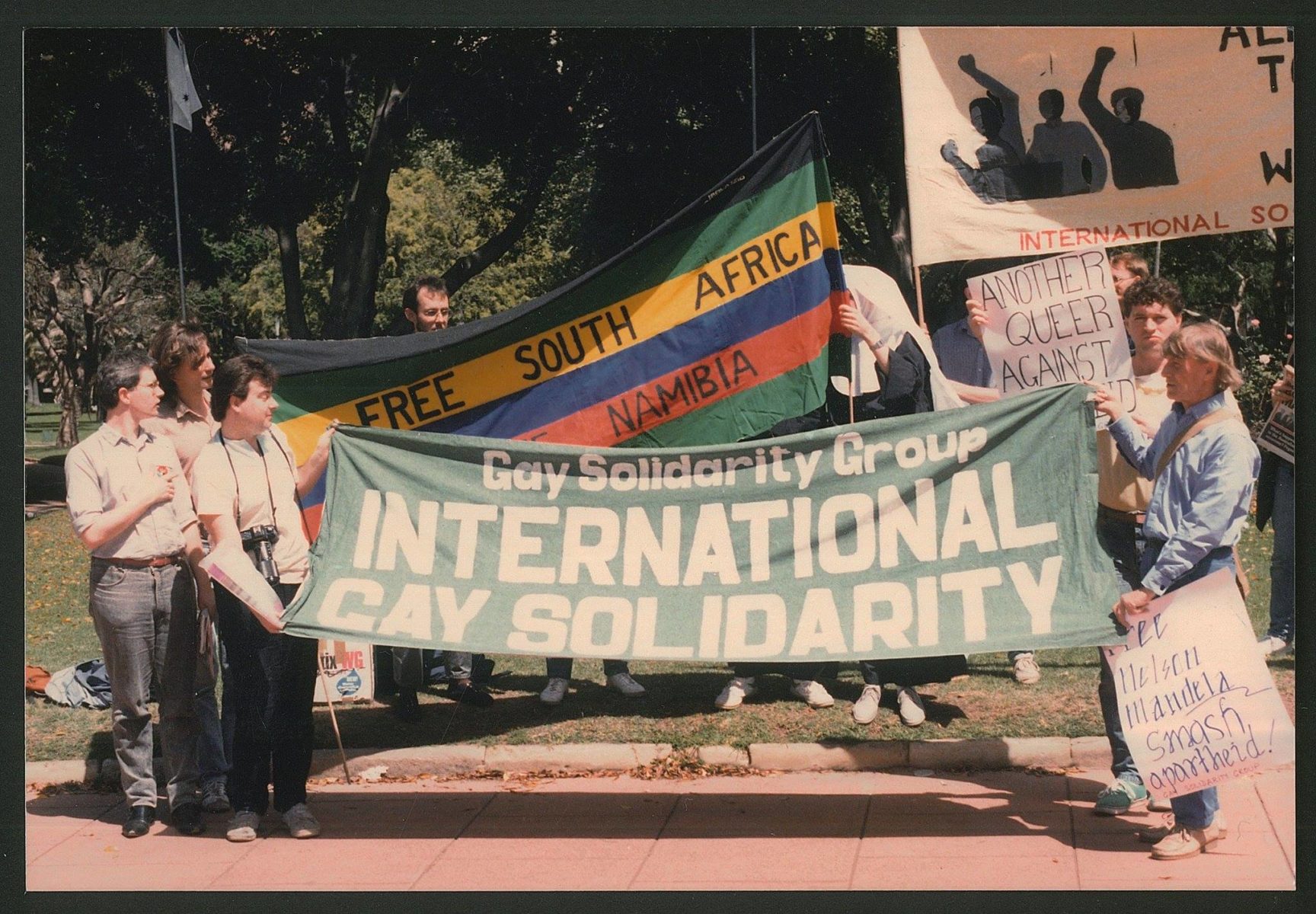 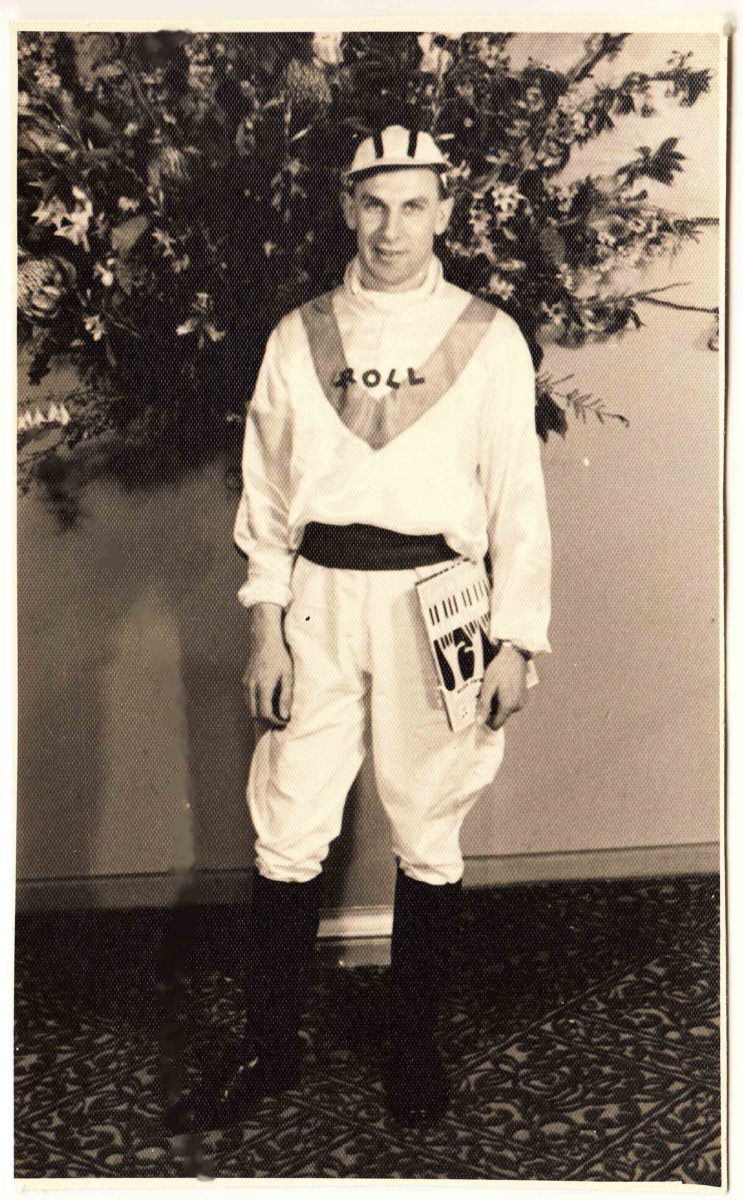 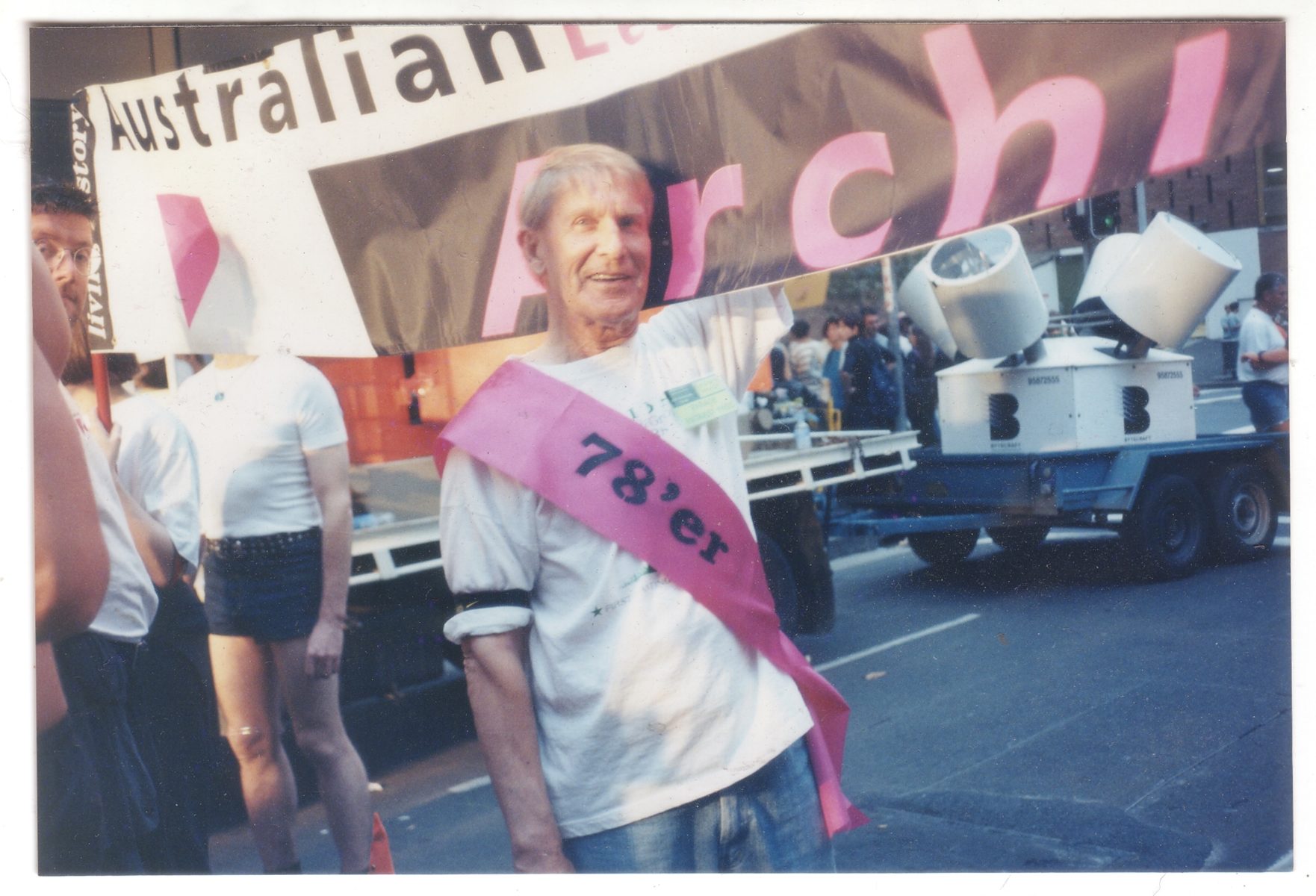 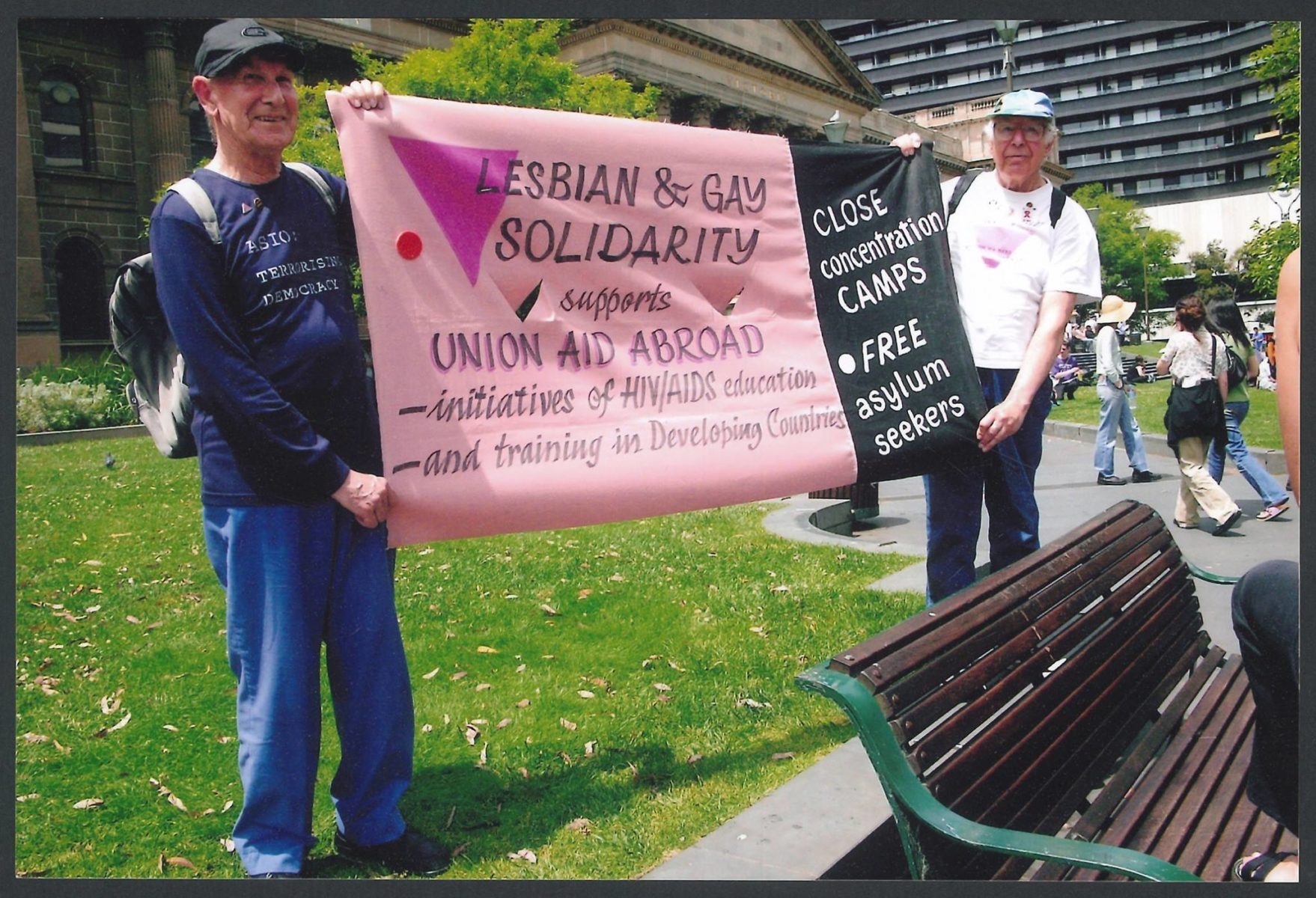 Kendall Lovett and Mannie de Saxe holding the Lesbian and Gay Solidarity banner at an 'Out of Iraq' rally, Melbourne, 2005, (Photo: John Storey) 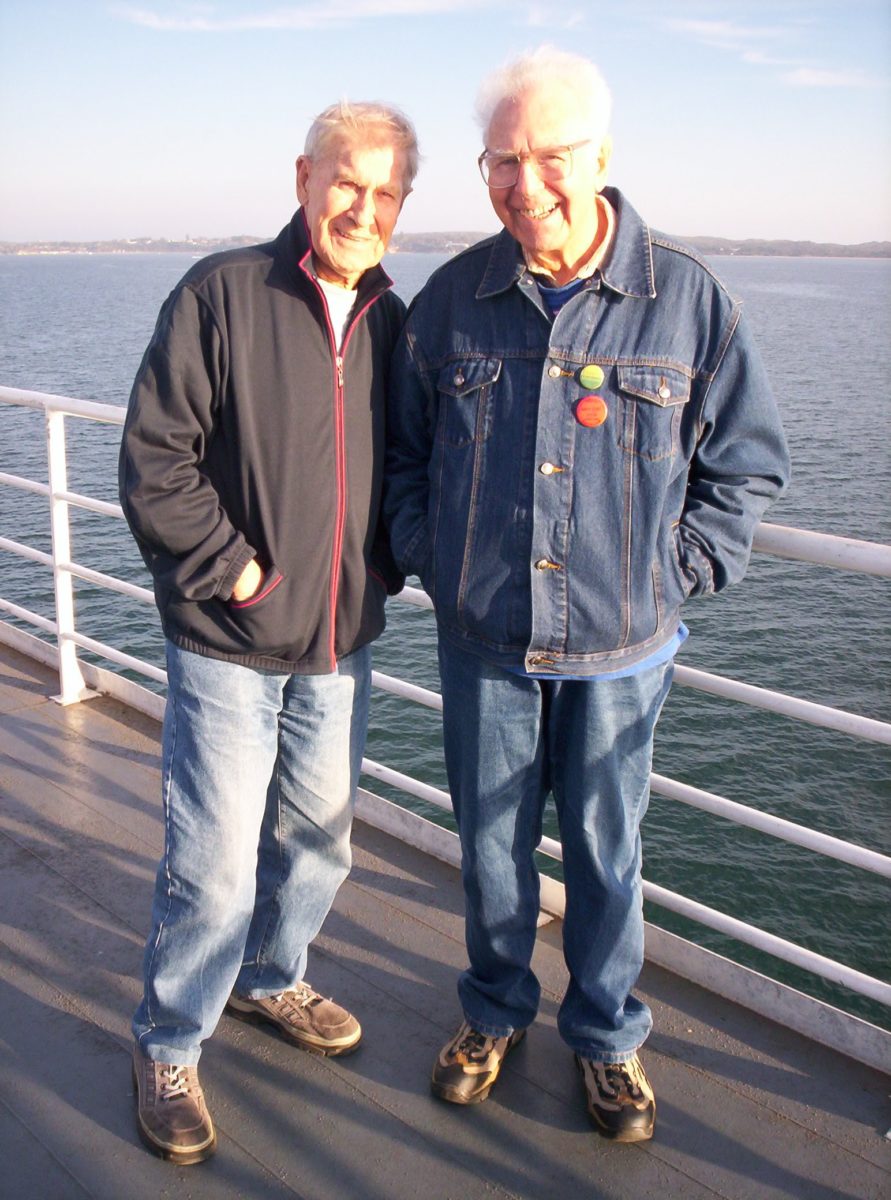 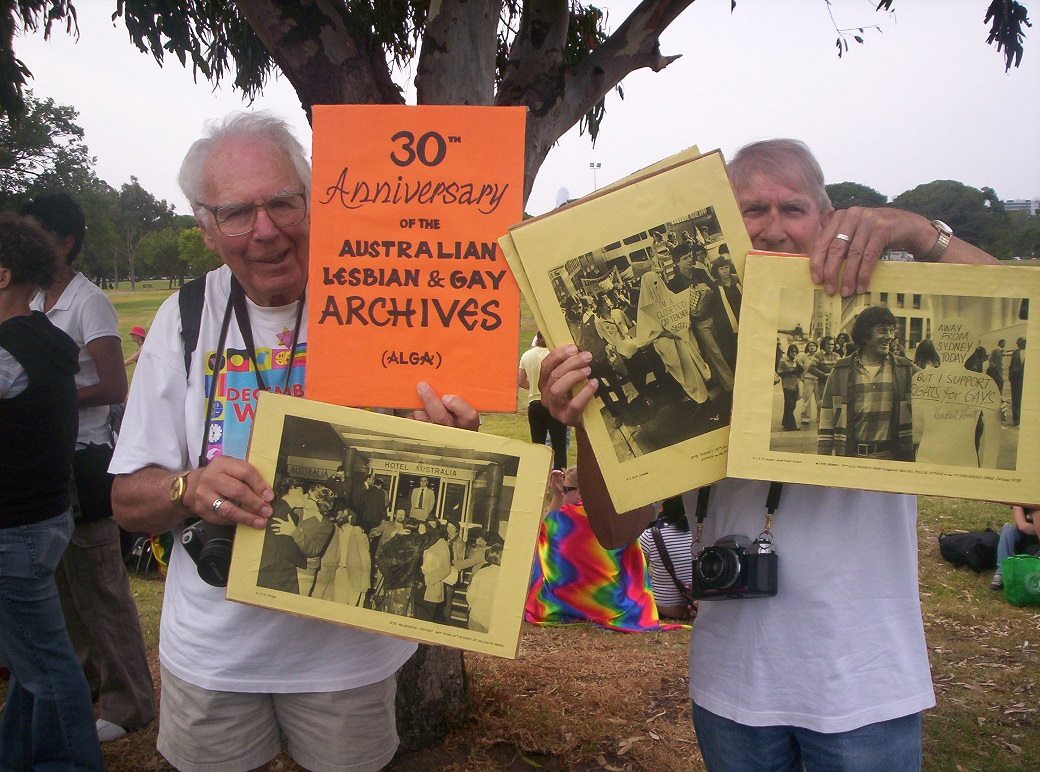 In 1973 Ken became a founding member of Residents of Woolloomooloo (ROW), a resident action group saving Woolloomooloo from developers with support of the Builders’ Labourers Federation’s Green Bans. In 1978, following the first Day of International Gay Solidarity and first Mardi Gras, organised by the Gay Solidarity Group (GSG), Ken joined the GSG and was arrested at the subsequent August demonstration. Ken was active in GSG, later Lesbian and Gay Solidarity, into the 2000s, after he and Mannie moved to Melbourne.

In 1988 Ken met his long-term partner Mannie de Saxe, revolutionary socialist and Jewish anti-Zionist activist. Together they continued their activism through the 1990s in Sydney and Newcastle, through the Hunter Community Support Network, and the Sydney Park AIDS Tree Planting Project (SPAIDS), before relocating to Melbourne in 2001, where they continued their activism and community work with the Australian Lesbian and Gay Archives, human rights law, and LGBTI ageing reforms, and online via their website: www.josken.net.

In Ken’s professional life he largely worked in advertising and publishing, including twenty years at Choice magazine, which he retired from in 1993.

The Archives is honoured to preserve Ken and Mannie’s papers, as well as two oral history interviews with Ken.