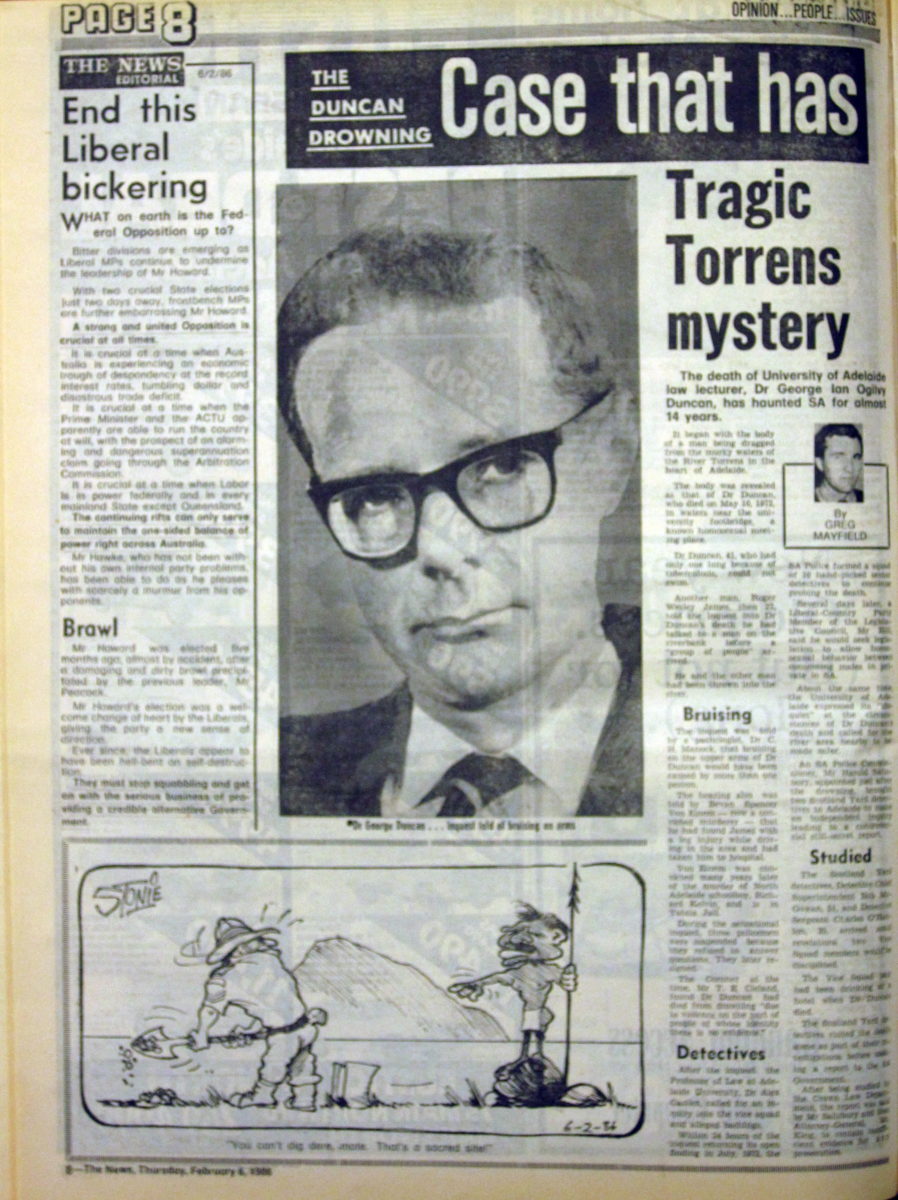 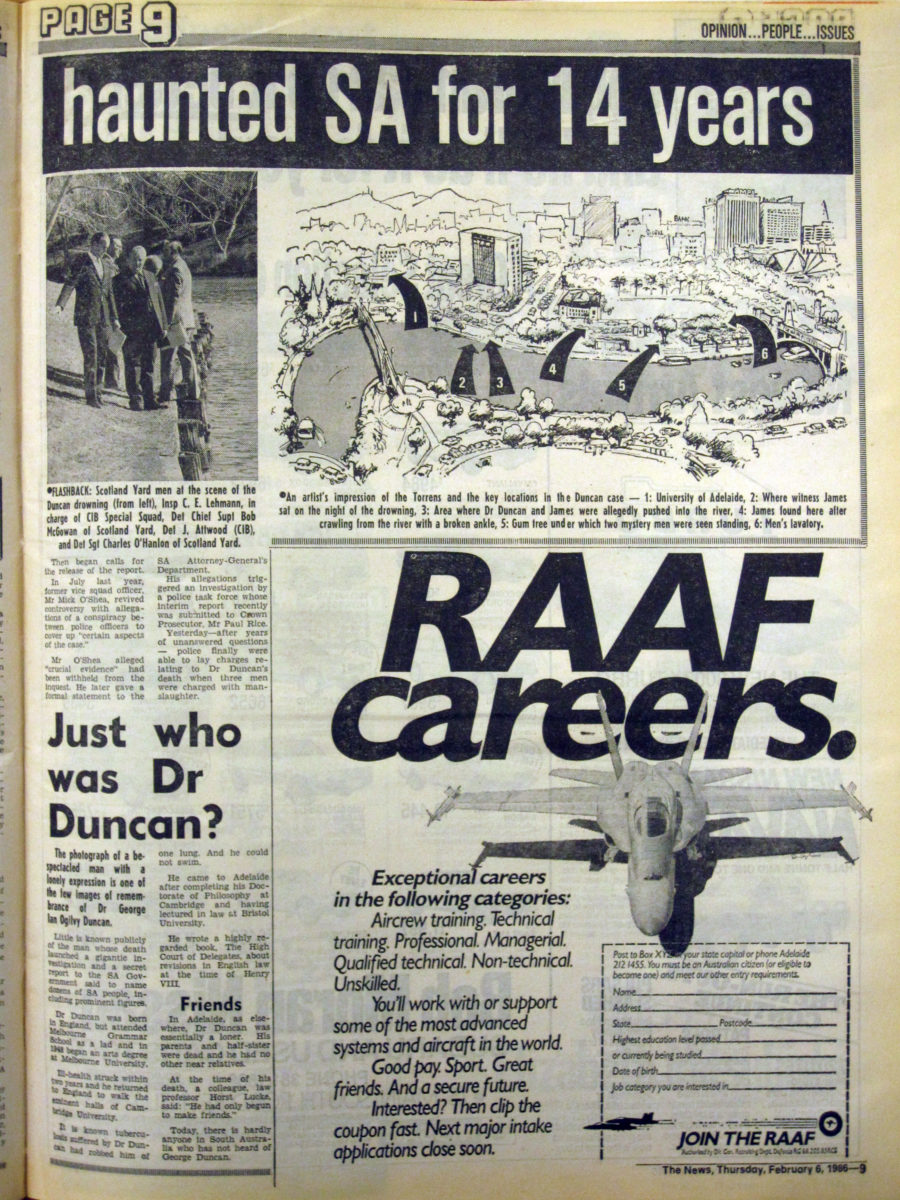 When George Duncan’s body was pulled from Adelaide’s Torrens River in May 1972, the Australian gay movement had its first national campaign.

In the following weeks a number of facts emerged that caught the public imagination. Duncan (a law lecturer at the university) was gay. The place where he was found was a well-known beat. He had died by drowning. And at the time when he was thrown in the river, three Vice Squad policemen had been at the scene.

The combination of respectability, public sex, violent death and police involvement was a heady mix that kept the issue in the newspapers for months (and even now it keeps flaring up – the documents are due to be released soon under the 30-year rule that applies to official secrets).

For gay activists, it significance was enormous. For many, it was evidence for the extent of anti-gay violence in our society. Homophobia (though the word was not in use yet) was more than schoolyard taunts – it extended up to and included murder. And the very forces that were meant to be protecting members of society, were themselves responsible for perpetuating violence and protecting those responsible.

For several years, the anniversary of his death was an important date on the gay political calendar observed with marches.

Duncan’s name became a byword for the consequences of intolerance and if his killers have never been brought to justice, the reform of society’s laws and attitudes that was spurred on by his fate stand as a memorial of sorts.