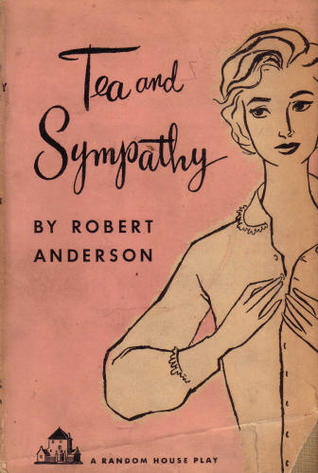 In 1956, the racier sections of the Australian press were preoccupied with the decision of theatre companies in Melbourne and Sydney to stage productions of Tea and Sympathy.

Truth trumpeted the ‘She-Male Play’, the ‘Queer Brew’, the ‘Sordid Sex Play’, deploring its immorality and its shocking themes.

And the nature of these themes? Tea and Sympathy tells the story of Tom Lee, a sensitive young man, suspected by his schoolmates of being a homosexual, because he prefers Bach to sport, and spends his time in the company of an older woman.

The play was quite explicit in its treatment of homosexuality. Tom is caught swimming with a teacher, also thought to be ‘that way’. And there is something distinctly suss about the school housemaster, who is his chief tormentor –  presented as being altogether too hostile, for the standard Freudian reasons. Most of this disappeared in the film (which arrived in Australia in 1957).

In the end, Laura, the housemaster’s wife, decides to fuck Tom, to prove to him that he is perfectly normal. The play ends with Laura unbuttoning her blouse and the line: “Years from now, when you talk about this – and you will … be kind’.

There is no question of this being a gay-friendly play. The whole point is that Tom is being unjustly maligned. And yet, it nonetheless spoke to many camp men, whose lives were as damaged as Tom’s, but with none of the relief of their being really heterosexual.