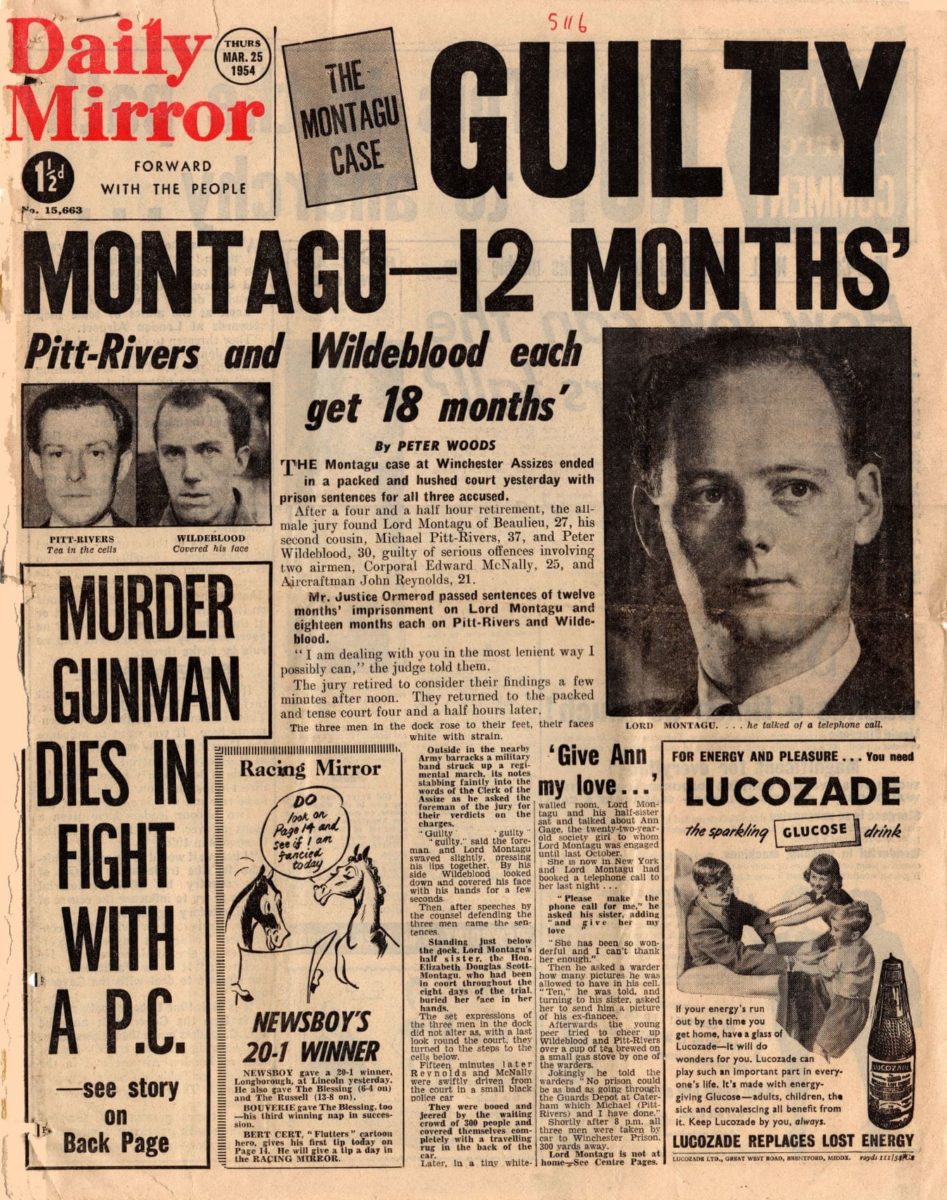 The tide of homophobia that swept through Britain’s police and press in the 1950s culminated in 1954 in a sensational trial.

On January 9, police, in a series of coordinated raids, arrested Lord Montagu of Beaulieu, Peter Wildeblood, diplomatic editor of the Daily Mail and Michael Pitt-Rivers, a Dorset landowner. The three were charged with nineteen counts of sexual offences, including conspiracy, a charge last used in relation to homosexuality against Oscar Wilde. The arrests were timed for a Saturday afternoon, to ensure maximum attention from the Sunday press.

The trial, over eight days in March, was reported in lurid detail – even in Australia, where the Sydney Morning Herald offered regular updates on page three.

The chief witnesses were two airmen, who, in return for immunity from prosecution, offered details of coteries of perverts, special coded words by which such men recognised each other and – worst of all perhaps – cross-class liaisons. What, the court wondered, were peers of the realm and gentlemen up to, consorting with young men of the working class, if not to no good?

Wildeblood admitted to being an ‘invert’ – ‘subject to temptations and desires to which a normal man is not subjected’ – but denied absolutely that he would associate with his accusers – ‘perverts’ in his word.

In the end, the three received sentences of between 12 and 18 months. Wildeblood’s rather self-serving memoir, Against the Law, has endured as one of the classic tales of homosexual persecution. 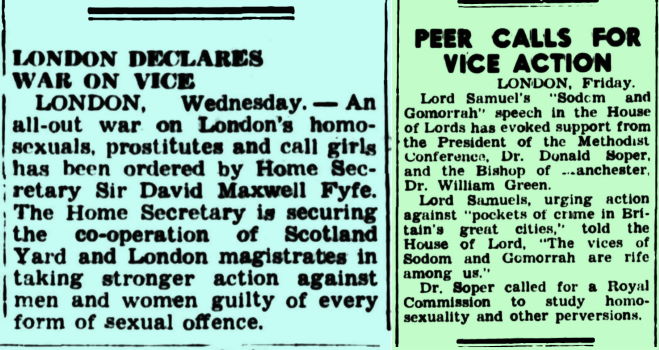