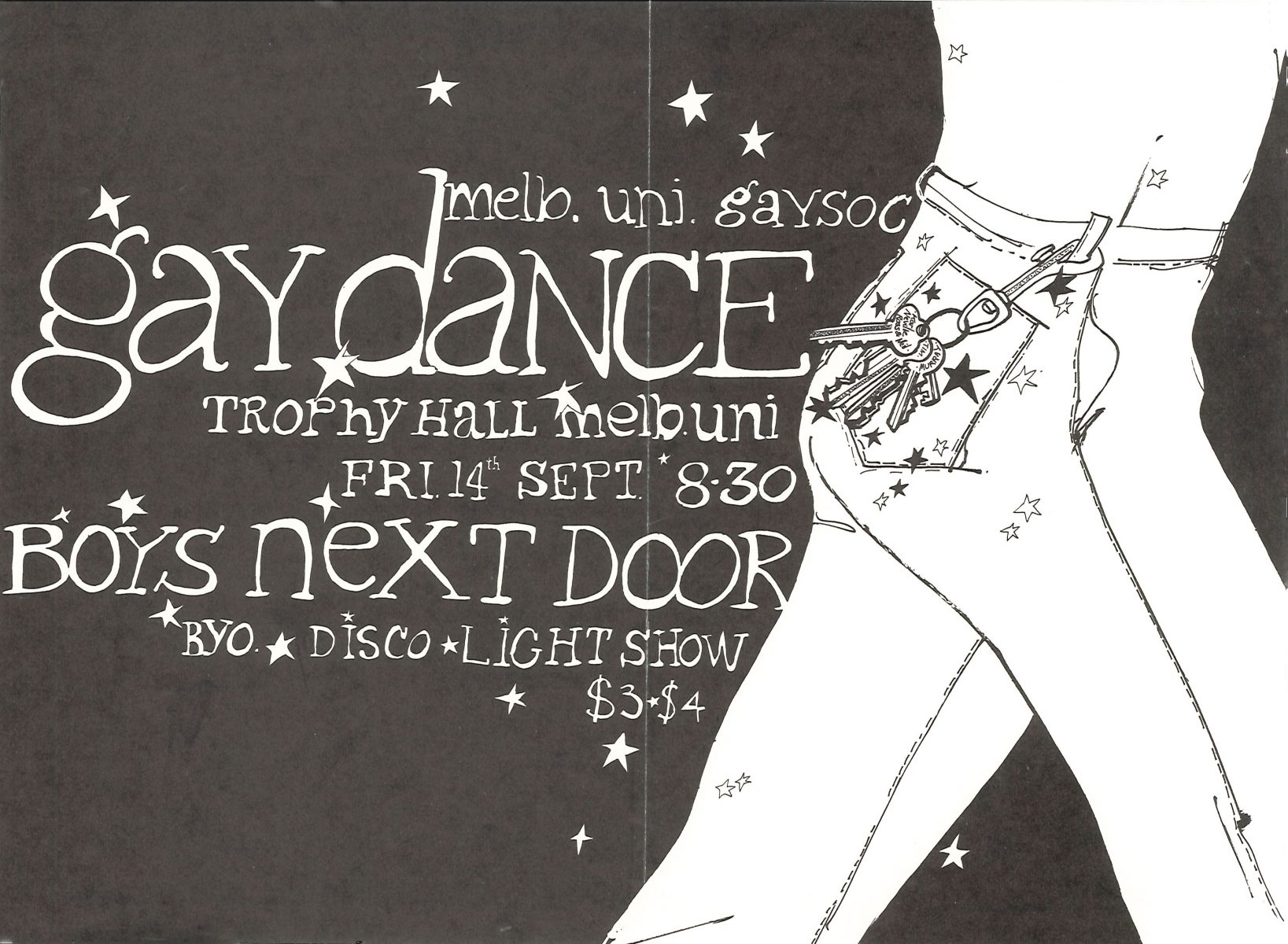 The University of Melbourne was founded in 1855 and for most of its history it promoted the middle class liberalism that characterised Victoria’s social and cultural life, adapting only cautiously to the changing world. The Parkville campus also holds important meaning for LGBTIQ+ communities. In the 1960s and 1970s the university was one of the key sites for the emergence of new liberal attitudes towards homosexuality and radical currents expressed in the gay liberation movement.

The Baillieu is the university’s main library. Its Special Collections are the repository for two of the most important collections relating to Victoria’s queer heritage, namely the Victorian Women’s Liberation and Lesbian Feminist Archives and the John Willis Gay and Lesbian Fiction Collection. A subject guide on ‘Homosexuality and the University of Melbourne’ is available. The University Archives holds the papers of, among other important figures, Julian Phillips, who was a member of the Victorian Equal Opportunity Advisory Council (see Papers relating to the Victorian Transsexual Coalition). His papers contain a range of materials to do with LGBTIQ+ discrimination and homosexual decriminalisation which explain how Victoria came to have what was often described at the time as the best law reform package in the English-speaking world.

The Special Collections also contains a complete set of the student newspaper Farrago. Its shift to the left in the 1960s saw the newspaper publish some of the earliest public discussions of homosexuality in the form of reviews of plays, books and films (including some that were banned in Australia). During the gay liberation period after 1972, Farrago published frequent letters, articles and manifestos.

Union House is the site of the first two public meetings held in Victoria to discuss the issue of homosexual law reform. In 1964, the Debating Society hosted a debate on the decriminalisation of homosexual acts between consenting adults in private. More than 500 people (students, staff and members of the public) crammed into the grand buffet hall on the building’s mezzanine floor. Tradition dictated a vote on which side had made the most convincing case – the ‘yes’ side won resoundingly with some 300 votes to 100. This was such a startling outcome that The Australian newspaper (then a new and very liberal publication) reported the result and sought responses from prominent Melbournians. The Anglican Archbishop of Melbourne was one of those who endorsed the audience’s position.24

In 1970, the newly formed Victorian branch of the Campaign Against Moral Persecution (CAMP) (see The Chapter House, St Paul’s Cathedral) held its first public meeting in the grand buffet hall. There was a psychiatrist, a lawyer (Julian Phillips of the Law School), the female co-chair of CAMP and an openly homosexual man. The flyer erroneously called the group ‘K.A.M.P’, reflecting an older spelling of the name that many, perhaps most homosexual men and women used for themselves between the 1940s and 1972.

The Gay Liberation Front arrived in Melbourne in 1972, meeting in the Undergraduate Lounge (now the Joe Napolitano Room) on the first floor of Union House. There were about 200 at the early meetings, though numbers later dropped to around 50. Those who were there remember a diverse range of attendees: high school students, lesbian feminists, and people who described themselves as ‘humansexuals’. Here the actions of early gay liberation were planned, and consciousness-raising groups aimed at eradicating internalised homophobia were organised.

In 1975, the First National Homosexual Conference, supported by the Australian Union of Students, attracted 600 attendees, sparking a revival of gay activism which was at that time flagging. Union House subsequently hosted the Gay Society and later the Queer Space. This tradition of service and advocacy is continued today by the multiplicity of groups associated with the University of Melbourne Student Union’s Queer Department, including with a campaign for all-gender toilets in Union House to increase safety and inclusivity for trans, intersex and gender diverse students: ‘bathrooms for all, not just the cis!’

The Gay Liberation Front held some of its early dances at the Beaurepaire Centre, giving people a chance to dance, flirt and let their hair down. It was important to many of the radicals who made up gay liberation that these events were noncommercial, seen as part of a process of building a better world; one without commercial exploitation of gay people. And all of this was taking place under the watchful eye of an imposing bronzed statue of naked Zeus. A 1968 letter to the editor of Farrago provides a rare piece of written evidence for the sports centre’s role as a beat for men seeking sex with other men.

There were a number of beats scattered throughout the campus. In 1999 the student union voted to implement a policy requiring that Union House staff not interfere unduly with suspected sexual behaviour in the men’s toilets in the basement. Those engaging in sexual behaviour were enjoined to be considerate of others. The toilets were later refurbished in a design that restricted their use for sexual contact. 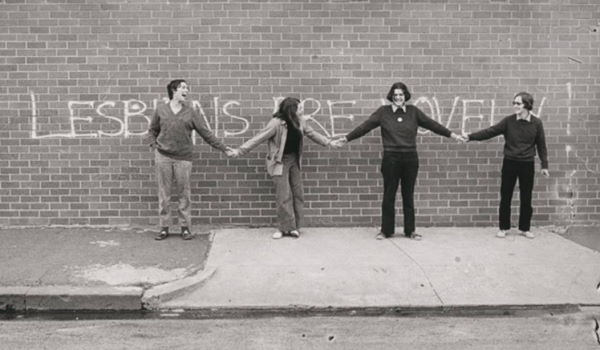