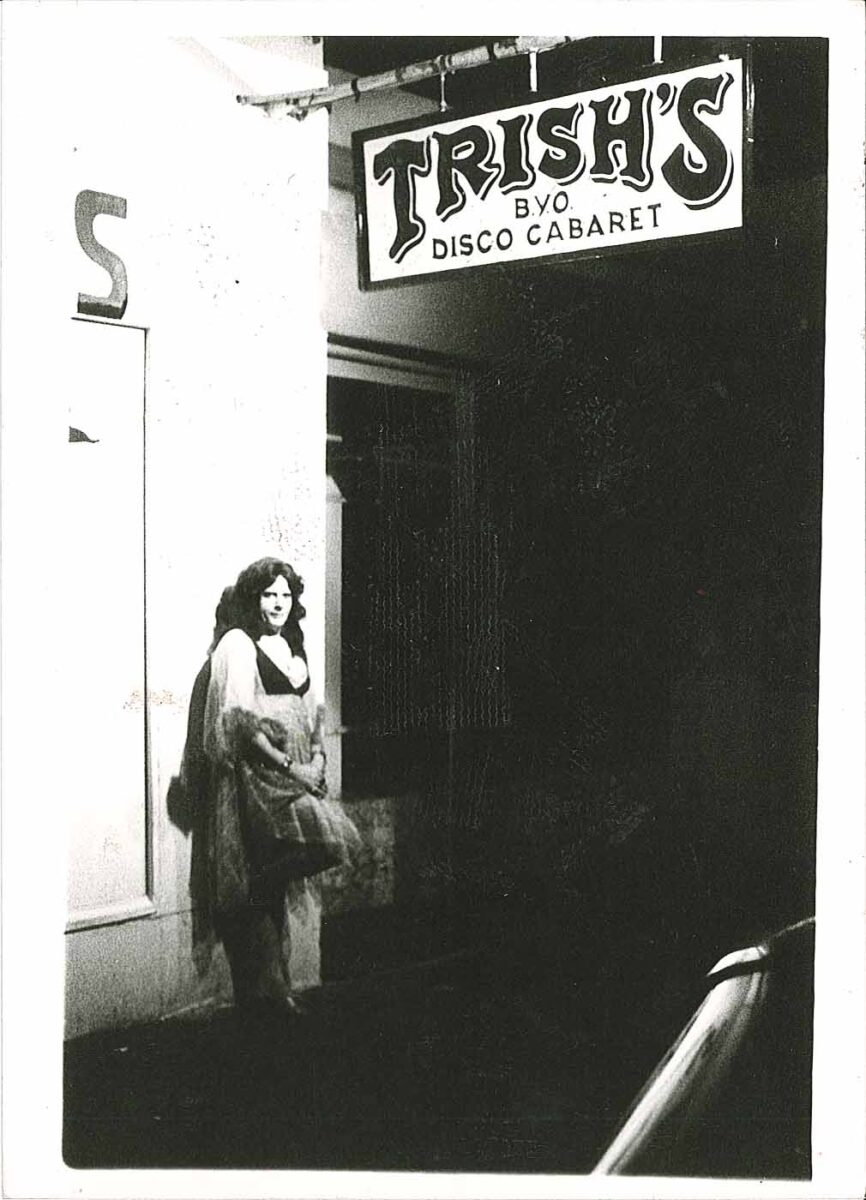 Trish’s Coffee Lounge existed in a particular historical moment between the era of discreet gatherings in mainstream hotels and cafes – a practice that dated back to the 1930s – and the soon-to-emerge gay scene, characterised by gay nights held once a week at innercity pubs. People like Jon Barry seized on this moment with entrepreneurial flair to create a world of gaycentred entertainment that was inclusive and welcoming to anyone.

Trish’s Coffee Lounge catered to LGBTIQ+ communities for over 20 years from 1975 to 1994 at 126 Peel Street, North Melbourne near Queen Victoria Market. Trish’s first venue was the Coffee Cup in North Carlton until it was gutted by fire in 1975.

After many decades of gathering as discreetly as necessary in the hotels of Melbourne, a new gay scene started to emerge in the 1970s as small venues opened that reached out to and welcomed gay people. Trish’s is significant as one of the earliest of these new gay establishments.

Trish’s Coffee Lounge was tiny. It had two rooms; the front one with tables for diners and beyond this a stage area for drag performances. It is variously remembered fondly by its customers as a coffee lounge, cabaret venue, and disco. Others remember it as a drag bar. It offered  something for everyone. Most importantly, Trish’s welcomed everyone: ‘be it a transsexual, a cross dresser, a burly truck driver, or a fledgling drag queen’.39 The force behind Trish’s was Jon Barry (1922–1990), a drag performer said to have spent many years in Hollywood honing his flamboyance. After his years running Trish’s, Barry retired to Ballarat and died there in 1999.