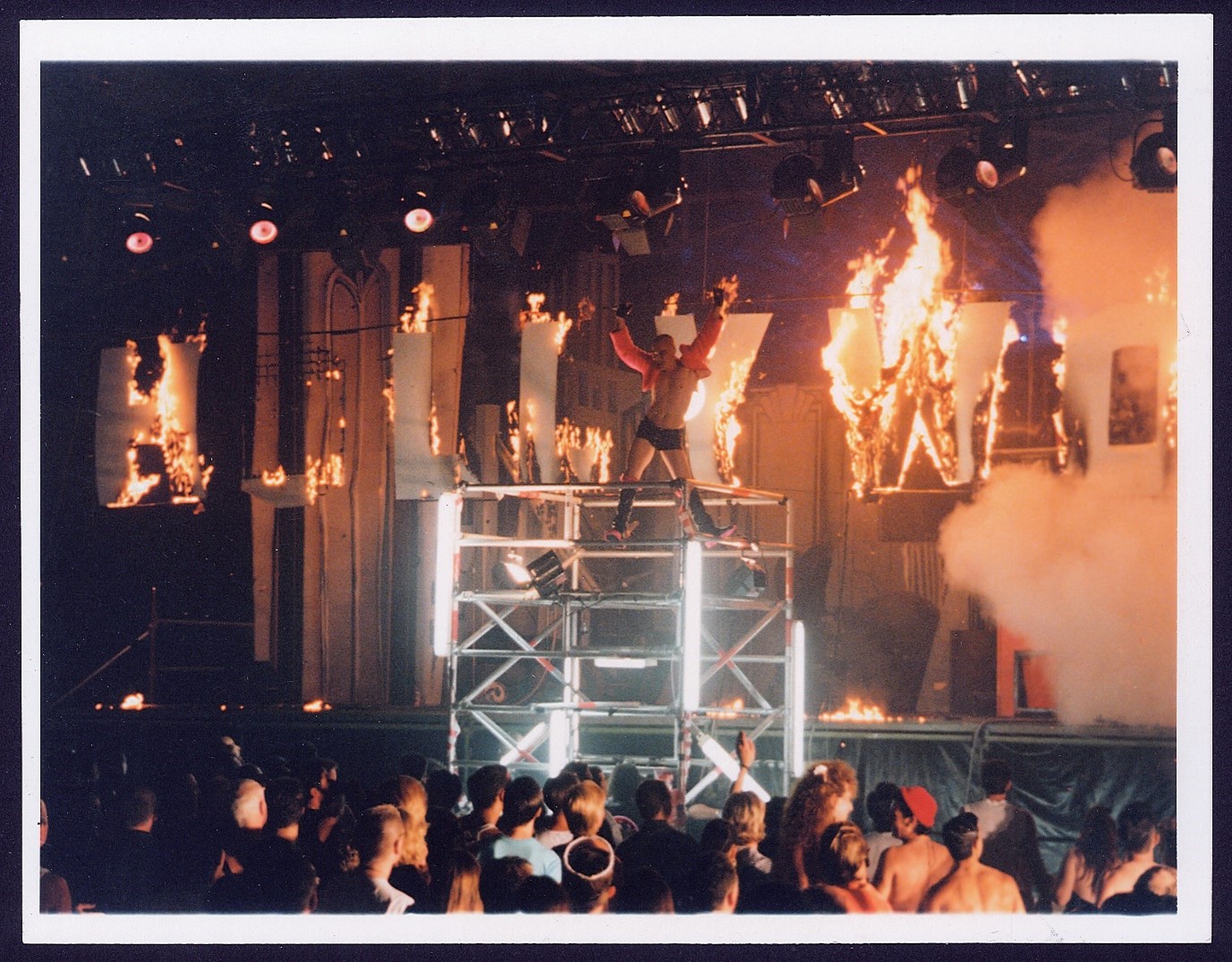 Shed 14 played host to the Alternative Lifestyle Organisation (ALSO) dance parties for Melbourne LGBTIQ+ communities from the 1990s-2000s. Shed 14, one of the largest remaining sheds in the Docklands, runs the length of Central Pier and was the main dance venue from 1993.

ALSO was formed in 1980 at a time when the LGBTIQ+ community were actively campaigning for the decriminalisation of homosexuality in Victoria. The organisation quickly garnered community and philanthropic support and provided an extensive range of services to LGBTIQ+ communities, particularly in aged care and housing for people with HIV/AIDS. One of ALSO’s first fundraisers was GayDay in 1981, a forerunner of the Midsumma Carnival. It began holding dance parties from 1982 which quickly became the main fundraiser for the organisation.

Then managed by the Port of Melbourne, Shed 14 was made available to ALSO and the first dance party was held there in 1993. Earlier parties had been held in the 1980s in Sheds 9 and 10, including the Women’s Only Warehouse (WOW) parties held as part of the annual Lesbian Festival. The extravagantly themed parties at Shed 14 attracted thousands of partygoers (more than 6,000 at their peak), with most staying well into the dawn. Choreographed and themed performances were held on multiple stages throughout the venue, with elaborate light and laser shows. Performers included both professional dancers and community members, artistically directed by the likes of Tony Di Dio, Barry Kosky and Gillian Minervini. One of the most popular and longest lasting of the warehouse parties was Red Raw, which was first known as ‘Rawhide’, then ‘Raw’. Red Raw was usually held on the Australia Day long weekend in January. Many of the ALSO dance parties became regular events on the warehouse calendar and included ‘Winterdaze’, ‘Resurrection’ and New Year’s Eve – each aligning with particular holidays or events such as the Midsumma Festival.