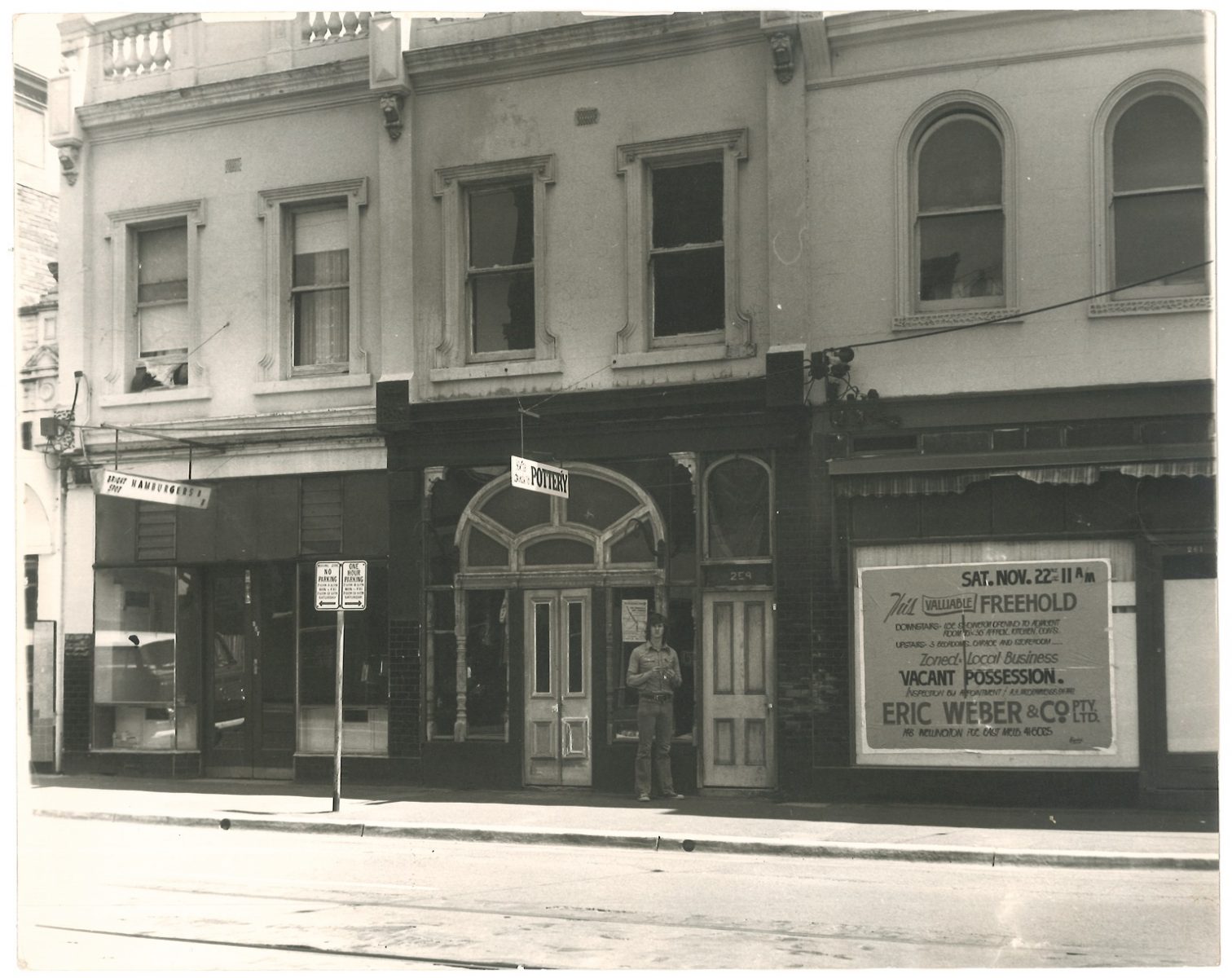 In late 1972 the group leased a small terrace at 23 Davis Street, Carlton North and established the Gay Liberation Centre. It was intended to be a community centre – somewhere to hold meetings and plan activism, but also a place where people could drop in to connect with each other and share the latest news. The building was not ideal, with only basic furnishings. It quickly became a ‘crash pad’, providing accommodation to people when they were visiting Melbourne or having trouble at home. This led to conflicts. On one occasion, some men who were having sex there refused to let a group of women into the centre, fuelling the debate over sexism in the movement.

In early 1973, the Gay Liberation Centre moved from Carlton North to 259 Brunswick Street, Fitzroy, above a potter’s shop. Brunswick Street was busier and well-served by public transport. The space itself was large – there was room for a small library and for larger groups of people to gather for meetings and events.

Over the next few years, the centre was renovated and decorated. Rent money was raised through film screenings and dances, which were most often held at Melbournian Receptions in Elizabeth Street in the CBD, and sometimes at the centre itself in Brunswick Street. By April 1976, financial troubles forced the centre to close. The dances, which had been fundraisers as well as fun, were in decline as the commercial pub and nightclub scene developed. It is now just another shop on Brunswick Street, hardly remembered at all and with no sign of its role in history.